The roll out of 5G technology is a “massive health experiment” that will have “disastrous consequences” for the human race, according to the first major university study into the controversial wireless service — and a coalition of 200 leading scientists and doctors are calling for an urgent stop to the roll out.

“5G technology is a very real danger,” warns Dr. Moskowitz, a public health professor at the University of California. “The deployment of 5G, or fifth generation cellular technology, constitutes a massive experiment on the health of all species,” he said.

The 5G network update will bring more Americans into close proximity with milimeter waves (MMWs), a form of very short-wave radiation that has devastating effects on the eyes, testes, peripheral nervous system and the reproductive ability of humans.

The research is particularly disturbing in light of the rapidly falling fertility rate in the United States.

According to Dr. Joel Moskowitz, 5G may provide faster downloads for internet users, and higher profits for the communications and tech industries, but the “disastrous” public health cost has not be taken into consideration by the tech industry.

Besides the research conducted by the University of California, there have been no safety checks performed on the new technology, and the health effects of the new technology are being ignored in favor of industry profits.

Because MMWs are weaker than microwaves, they are predominantly absorbed by the skin, meaning their distribution is quite focused there,

“Since skin contains capillaries and nerve endings, MMW bio-effects may be transmitted through molecular mechanisms by the skin or through the nervous system,” Dr Moskowitz writes on his blog.

Dr. Moskowitz also told Daily Mail Online that he’s concerned that “5G will use high-band frequencies, or millimeter waves, that may affect the eyes, the testes, the skin, the peripheral nervous system, and sweat glands,” with disastrous consequences for the future of the human race.

“Millimeter waves can also make some pathogens resistant to antibiotics,” he added.

The “cooking of humanity”

Dr. Moskowitz is not alone in warning against the “dangerous” and “untested” 5G roll out across the United States.

The International Society of Doctors for the Environment and its subsidiaries in 27 countries — including more than 200 leading doctors and scientists — are all calling for an urgent cancelation of the 5G roll out, “due to concern that 5G radio frequency radiation will have adverse health effects,” Dr Moskowitz says.

So far, the tech and communications industries are ignoring their grave warnings about the lack of safety checks and the increase in chronic diseases.

According to the Daily Mail: Verizon began rolling out their 5G small cell towers in 11 cities 2017, and AT&T started installing the new generation of service in Waco and Dallas, Texas, as well as in Atlanta, Georgia this year.

Today, there are 154,000 cell towers in the US, according to wireless communication association, CTIA. By 2026, it estimates another 800,000 will be needed to support 5G.

The new network is slated to support at 100 billion devices, connecting to the internet at anywhere between 10 and 100 times the speeds that information travels through the 4G network.

In order to facilitate these speeds, the new network communicates through millimeter waves (MMWs) rather than microwaves, as previous generations have.

The microwave networks are nearly saturated, hence the switch to the virtually untouched, lower frequency MMWs for 5G.

But smaller waves cannot travel as far, or through as many types of materials.

This means that there will need to be far more individual ‘small cell towers’ closer together – some have suggested they will be on every street corner in the US.

The 5G technology is too new to have been thoroughly tested and studied by many parties outside of cell service providers.

International Society Of Doctors For Environment Declaration On 5G

“5G Networks In European Countries: Appeal For A Standstill In The Respect Of The Precautionary Principle”

April 2018 Appeal  By The International Society Of Doctors For Environment

The International Society of Doctors for Environment issued an Appeal on 5G April 2018.

“Thus, in the respect of the precautionary principle and of the WHO principle “health in all policies”, we believe suitable the request of a standstill for the “5G experimentations” throughout Europe…”

This Appeal is currently at the top of their list of declarations found here.

See the 5G Appeal at this link.

International Society of Doctors for Environment

The document by the European Commission “5G for Europe: An Action Plan” (September 2016) aimed to describe “an action plan for timely and coordinated deployment of 5G networks in Europe through a partnership between the Commission, Member States, and Industry”. This document was targeted to introduce early the new 5G networks by 2018 and, subsequently, to a “commercial large scale introduction by the end of 2020 at the latest”.

Following this document, several member States are planning in these months, at a national level, preliminary “5G experimentations” by private phone operators, aimed at testing the network at frequencies over 6 GHz, before the final introduction of the typical 5G frequencies (over 30 GHz, millimeter waves).

A document by the Italian Communication Authority (AGCOM, March 28, 2017) stated that “the 5G networks will serve an elevated number of devices and will connect, according to the prevalent hypothesis based on ongoing standardization developments, about 1 million devices per Km2. This device density will cause an increase of the traffic and the need to install small cells in order to allow adequate connectivity performances, with subsequent increment of the density of the installed antennas”.
In Italy, as an example, the “5G experimentation” will involve, in three different geographical areas (north, center, south), about 4 million of uninformed and unaware citizens. The residents will be exposed, during this “experimentation” to frequencies and with a device density never employed before on a large scale.
Although typical radiofrequency electromagnetic fields (RF-EMF) exposure levels are usually below current regulatory limits in European countries1, 2 , the real health impact of the advancement and spreading in communication technology is still under debate3

. Several
studies have documented the ability of RF-EMF to induce oxidative stress4, 5 (mainly by an increased production of reactive oxygen species)6-12, and oxidative DNA base damage 13. Of note, biological effects have also been recorded at exposure levels below the regulatory
limits, leading to growing doubts about the real safety of the currently employed ICNIRP standards14-16.

Previous evidences led the IARC in the year 2011 to classify the RF-EMF as possibly carcinogenic to humans (Group 2B). After the year 2011, more recent studies strengthen the link between RF-EMF and cancer onset 17-22 and highlighted new possible health risks mainly in terms of reproductive 23-25, neurologic 26-31 and metabolic diseases 32-35.
Furthermore, specific preliminary evidence showed the exposure 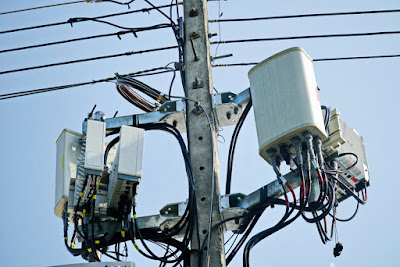 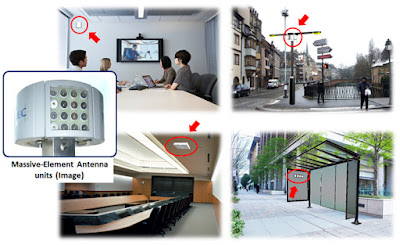 Aber wo passt 5G in all das? 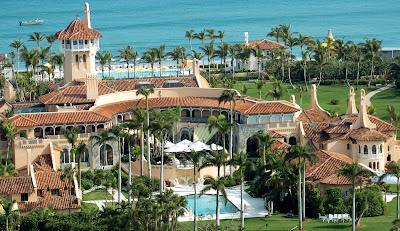 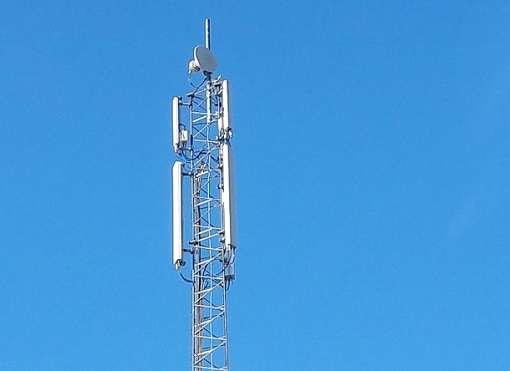 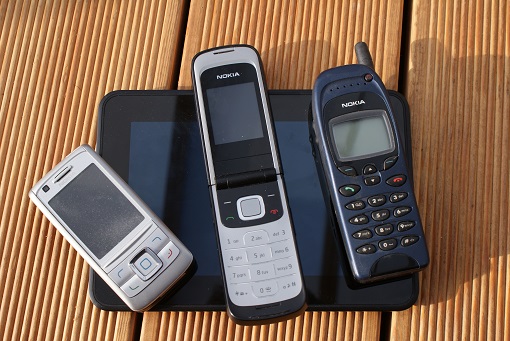 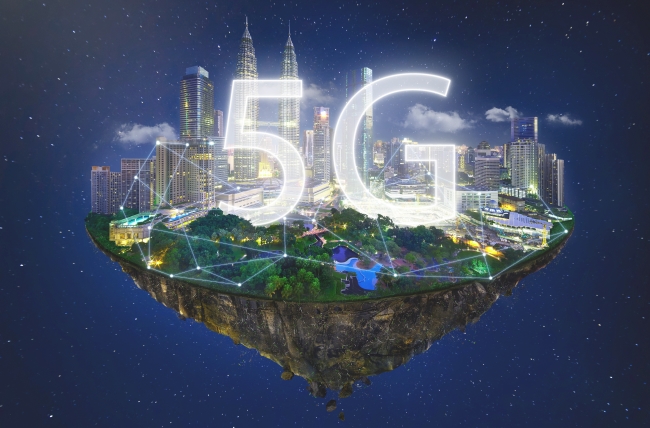 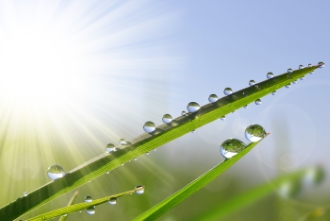 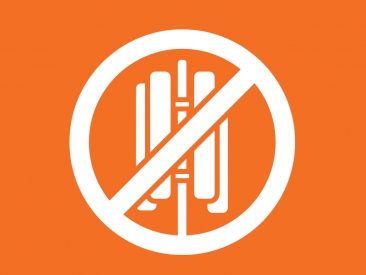 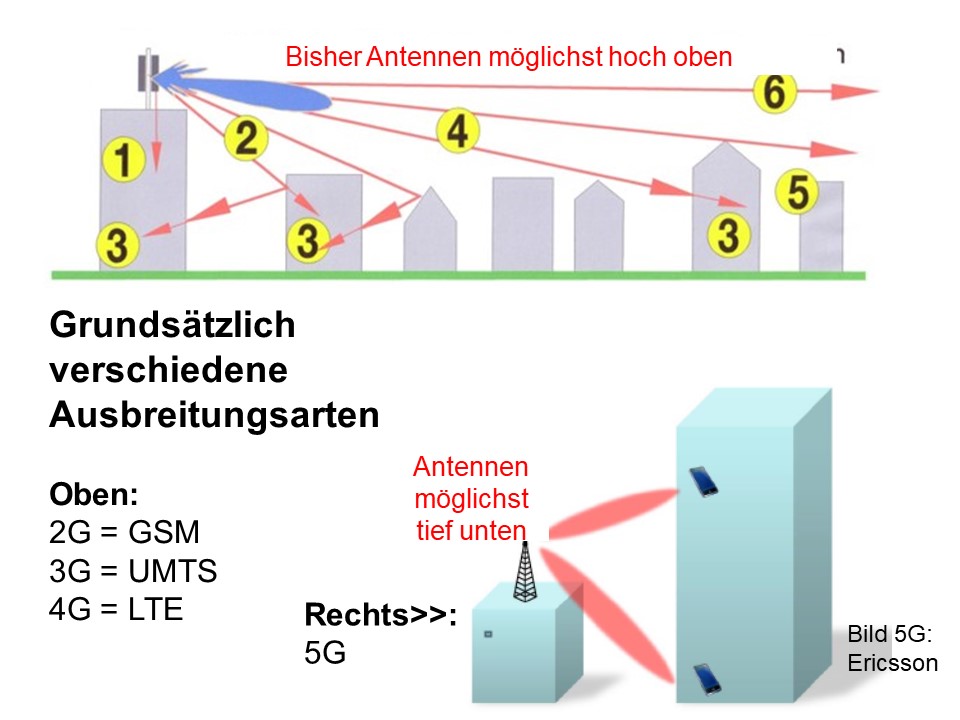 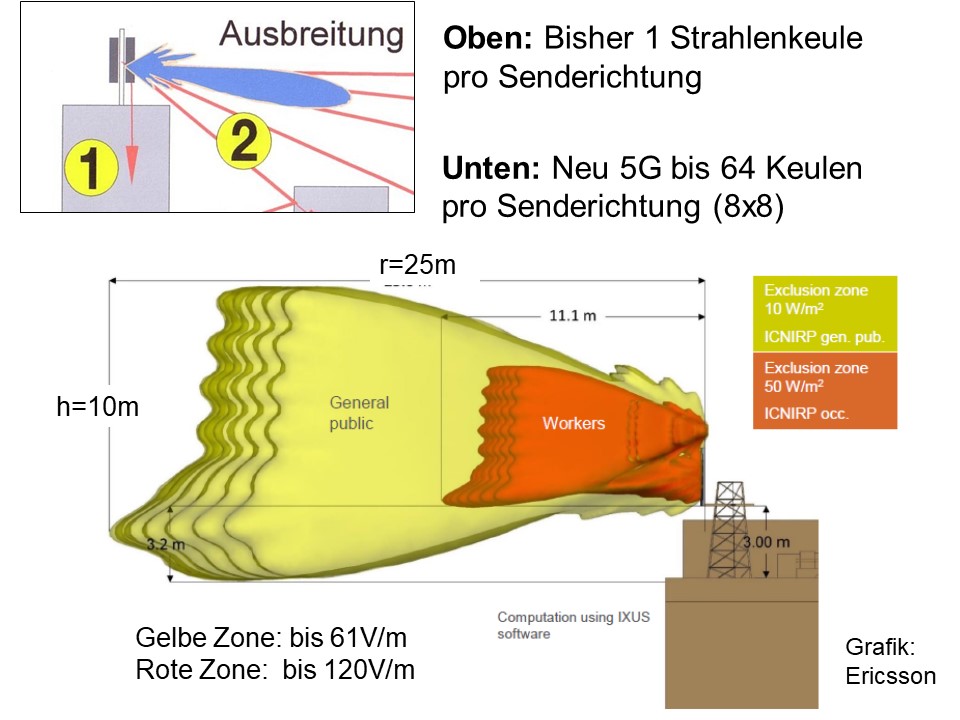 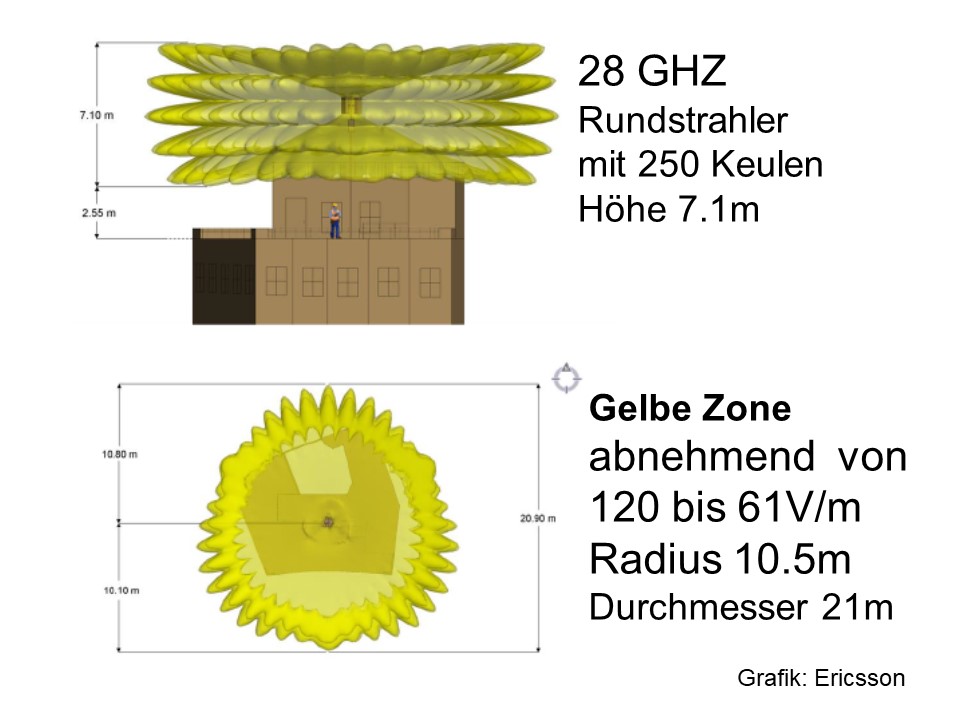 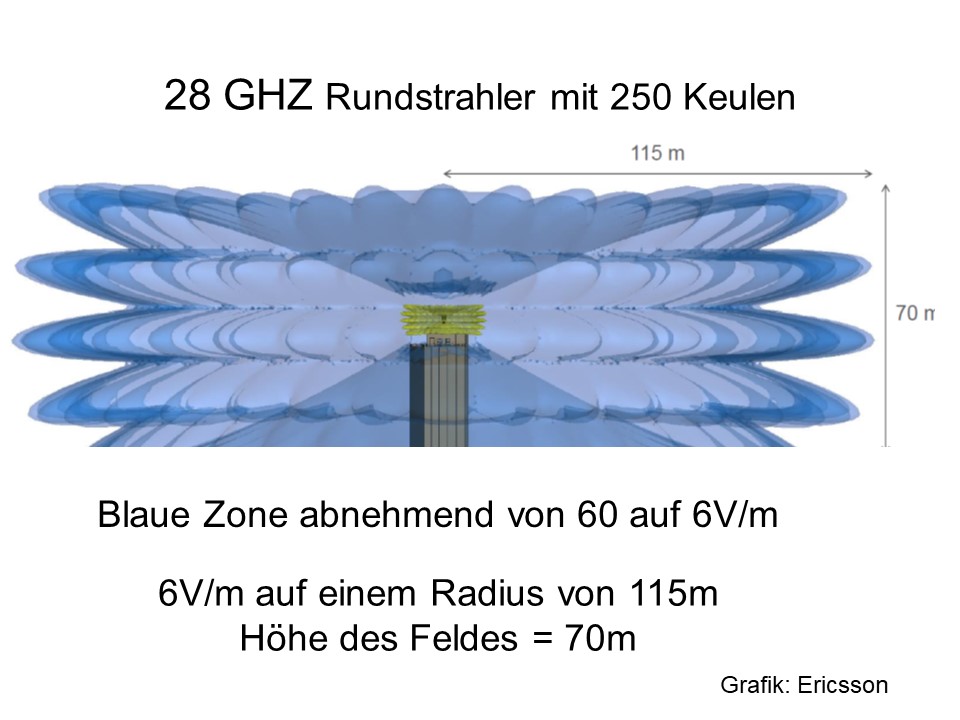 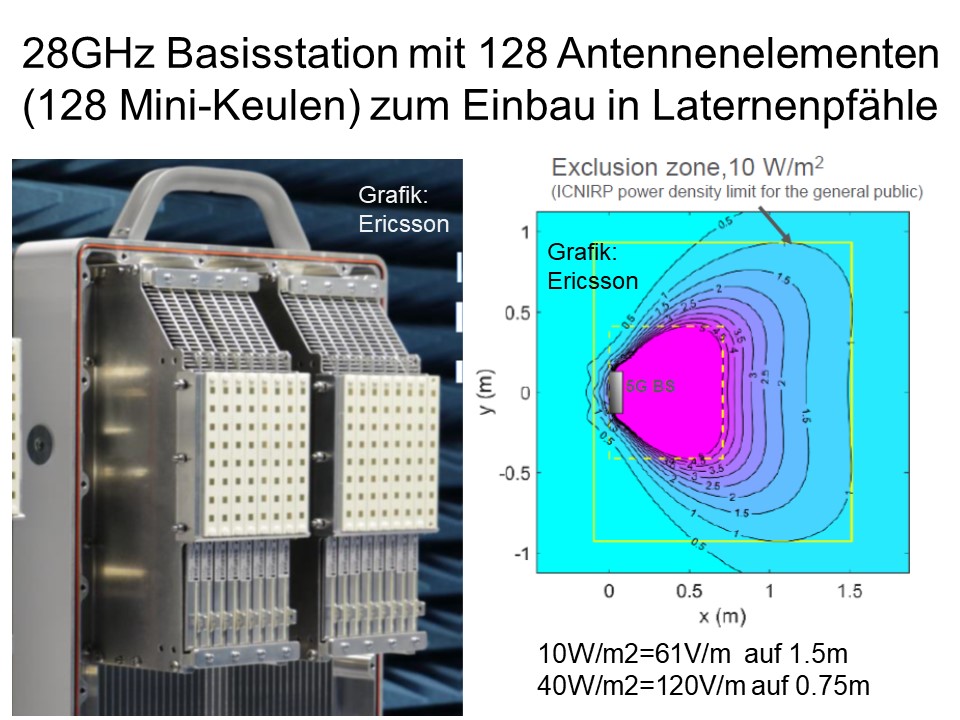 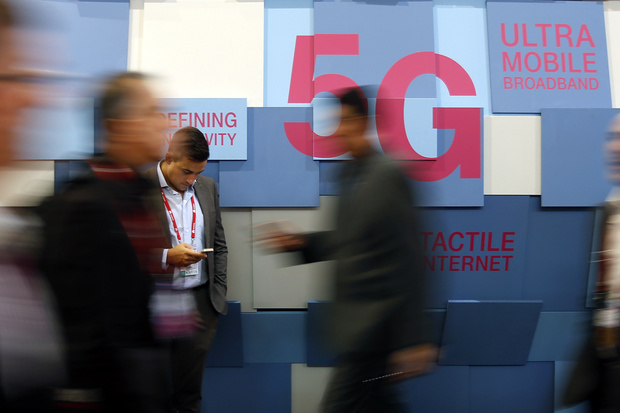 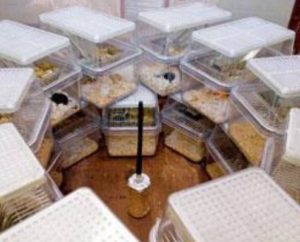 Firefighters in Sacramento, CA have reported neurological damage including memory problems and confusion after new generation 5G cell towers were installed outside their fire station.

News of the adverse health effects suffered by the firefighters comes days after a major university study into 5G wireless technology declared the upcoming roll out of the wireless technology to be a “massive health experiment” that has not been properly tested by authorities.

A recent CBS news story from Sacramento about the installation of 5G small cell towers references complaints reported by the San Francisco firefighters:

Firefighters in San Francisco have reported memory problems and confusion after the 5G equipment was installed outside of fire stations. The firefighters claim the symptoms stopped when they relocated to stations without equipment nearby.

Firefighters are willing to run and leap and climb and jump into burning buildings and forests but they aren’t willing to suffer neurological damage after being subjected to prolonged periods of radiation exposure from 5G cell towers and antennas.

If firefighters aren’t willing to put up with the damaging effects of the 5G roll out, should we be more concerned about the health effects associated with the new wireless technology?

Activist Post reports: All sources of cell phone and wireless WiFi radiation are not magic.  They never have been.  Decades of research from government, independent, industry, and military scientists have already proven harm.

In 2011, The World Health Organization classified all sources of cell phone and wireless WiFi radiation as a possible carcinogen in the same category as chloroform, engine exhaust, and led.  Many experts believe it should be reclassified as a Carcinogen.

This isn’t just about cancer.  Exposure can lead to symptoms and illnesses referred to as “Microwave Sickness” or “Electrosensitivity.”  This is actually more common than we have been led to believe.

Research has confirmed that exposure can

It’s not just The Telecom Industry aka “Big Wireless” that doesn’t seem to care about any of this.  Many of our elected officials as well as current and former government employees don’t seem to care either.

20+ year old legislation as well as outdated safety standards and testing– not science – has made it possible to avoid using “The Precautionary Principle” in regard to all digital and wireless devices, products, and infrastructure.

Concerns about cell towers  – 5G and otherwise – and other sources of WiFi radiation has been reported quite a bit already – especially over the last few months.

In 2017, 180 scientists requested a moratorium on 5G small cell towers because of biological and environmental health risks.  Environmental organizations like Natural Resources Defense Council (NRDC) are also asking for assistance in opposing it.

5G was recently installed in New York City and Dr. Naomi Wolf and many of her fans have been posting about this on social media.  It doesn’t sound like a good time is being had by all.

Those who want 5G can still have it without cell towers being installed all over their communities.  Samsung will very soon be selling indoor 5G routers to anyone who doesn’t mind profuse sweating and other unpleasant side effects from exposure.

Concerns about other sources of WiFi exposure have been reported for kids and everyone else and by a variety of media outlets and experts.  In fact, cell phone manufacturers are warning their shareholders that they may eventually be held liable for the harm they have caused.

If firefighters don’t want cell towers near their stations, why should anyone else want more of them near our homes and everywhere else?