Hillary Clinton may have lost the presidential election, but one of her main backers is not stopping.

The battle for the sovereignty of America is now between President-elect Donald Trump and open borders globalist George Soros.

MoveOn.org, a liberal activist group that has exploded all across the nation, is funded by Soros’ Open Society Foundations.   It is now well known that MoveOn.org was responsible for many of the riots and protests at Donald Trump’s campaign rallies, some of which became violent and dangerous.

Wednesday – the day following Trump’s victory – MoveOn.org moved into action.   The group put out a notice on their Facebook page, announcing they would conduct “peaceful gatherings of resistance” all across the country Wednesday evening.

We will gather tonight in cities across the nation to affirm to ourselves and one another that, despite the outcome of this election, we will not give up. No matter what challenges confront us in the times to come, we will unite with one another and defend our communities—across race, religion, gender, age, ability, national origin, immigration status, sexual orientation, class, and all of our identities. The fight for a nation with liberty and justice for all—and with an economy and democracy that work for everyone—continues.

Those of us in immigrant, refugee, and Muslim communities are threatened. We reject and are prepared to resist attacks on all of our communities, and we commit to care for, look out for, and stand with one another. An attack on any of us is an attack on all of us. Tonight, we will join hands, share our reactions, pledge our mutual solidarity, and resolve to forge ahead together in this moment of peril. We have experienced setbacks before, and we have always come back. Our movements are resilient and unstoppable.

An announcement on their website states: “MoveOn members and our allies will gather peacefully tonight, November 9, in cities and towns across the nation. We will affirm our continued rejection of Donald Trump’s bigotry, xenophobia, Islamophobia, and misogyny, and we will demonstrate our resolve to fight together for the America we still believe is possible.”

The “gatherings” were not entirely peaceful.   Here’s a sample – all courtesy of open borders activist George Soros: 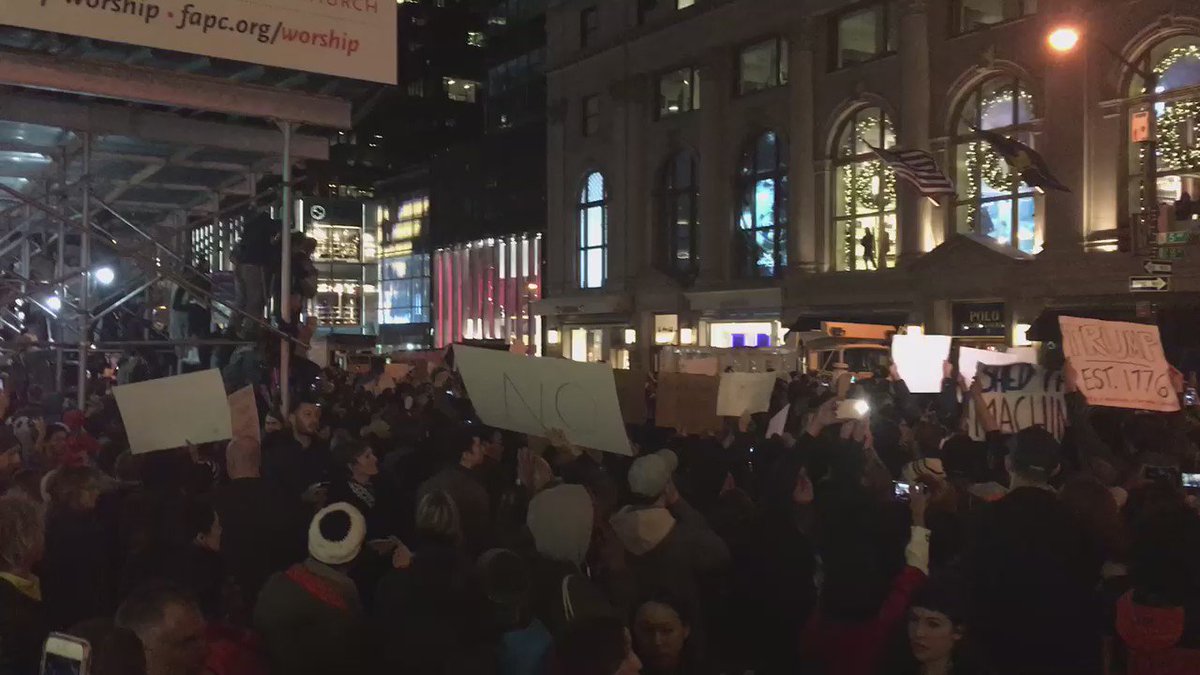 Anti-Trump protesters have blocked traffic in every direction around Trump Tower, NYC.

Anti-Trump protesters shout ‚fuck the police‘ at the NYPD in NYC. 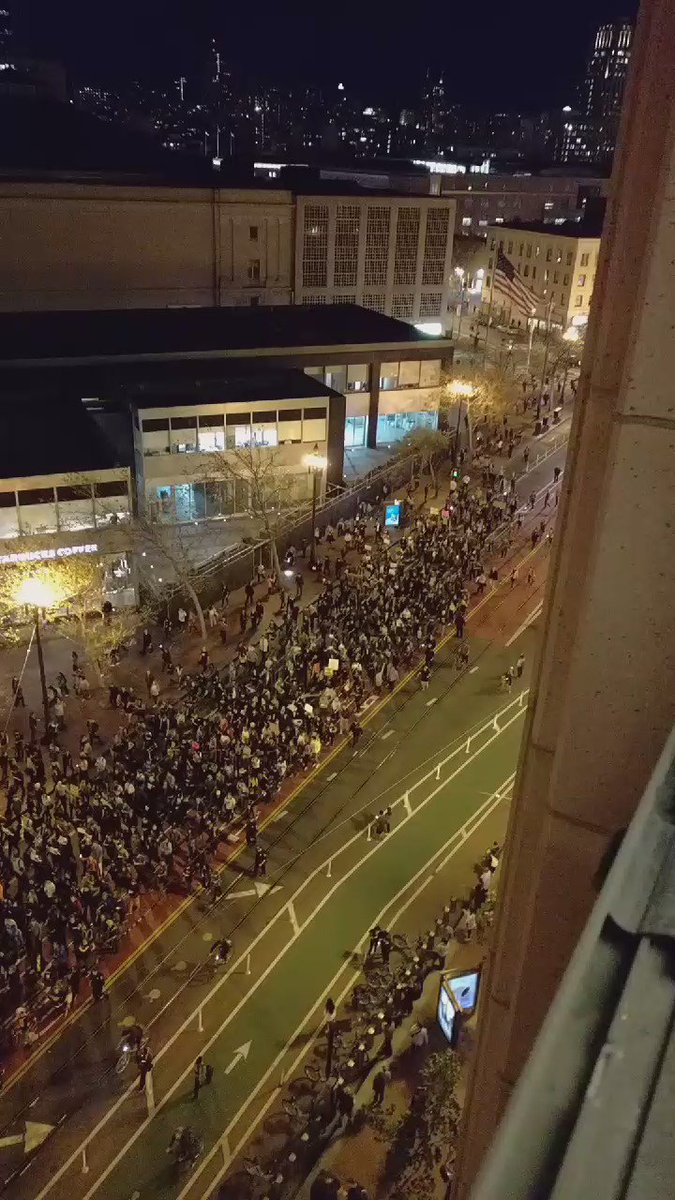 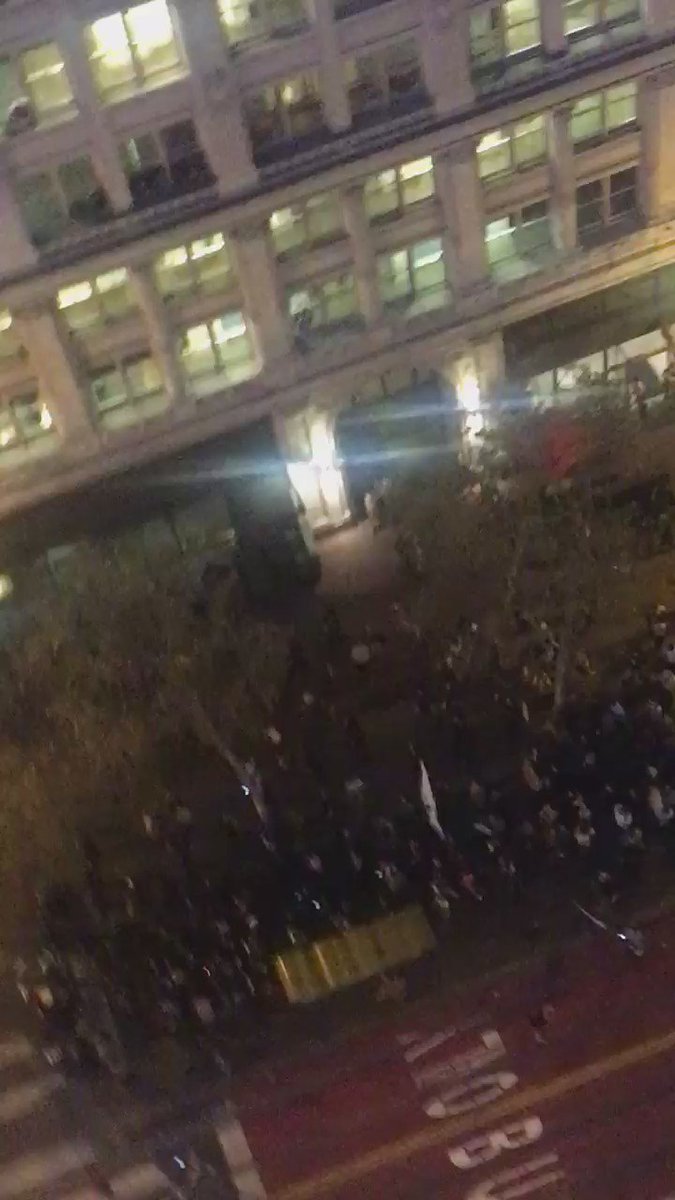 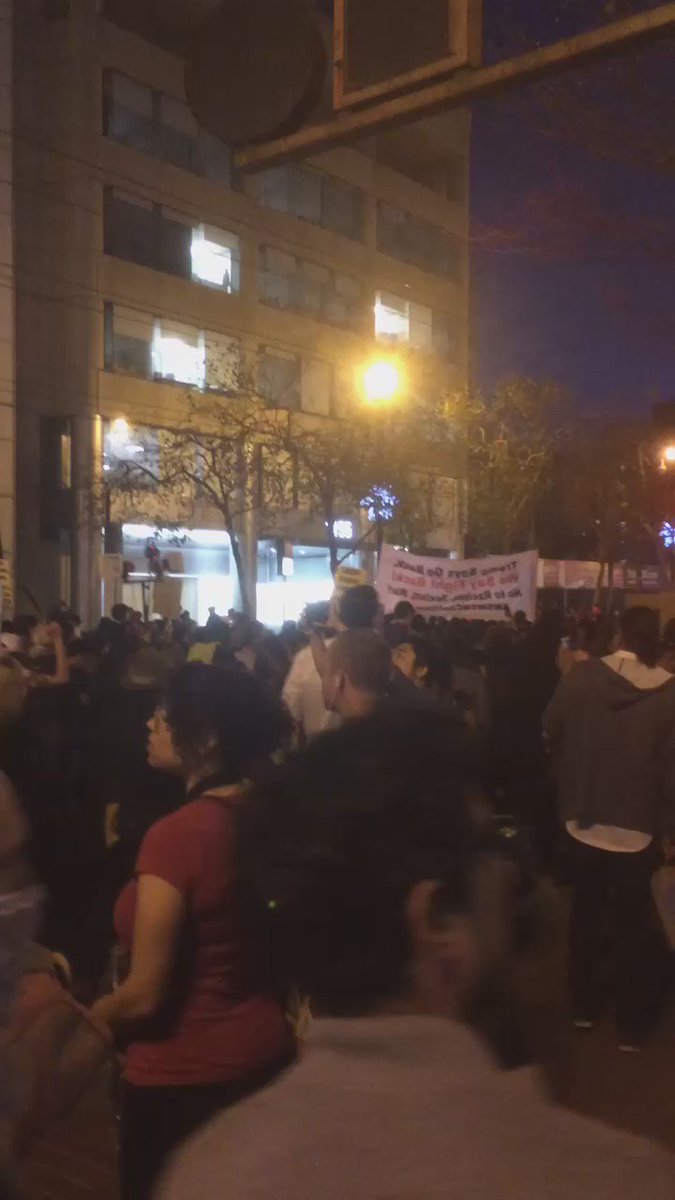 Thousands of anti-Trump protesters are now marching in the streets of San Francisco. 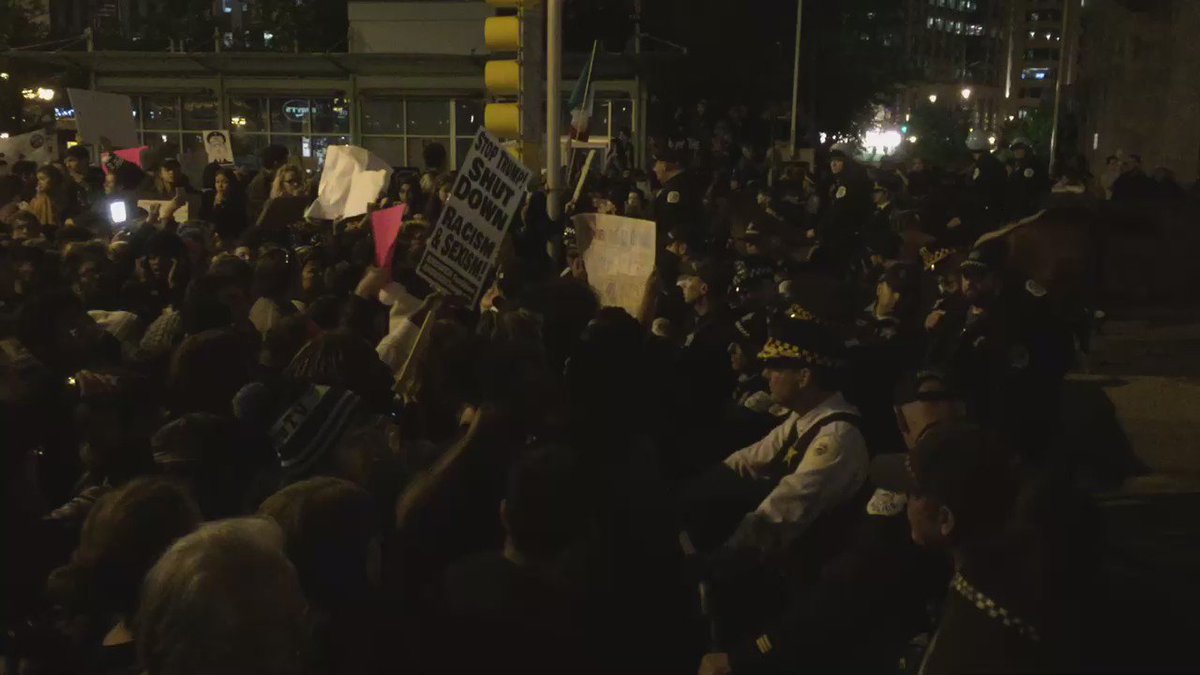 This is the scene outside of Trump Tower in Chicago. 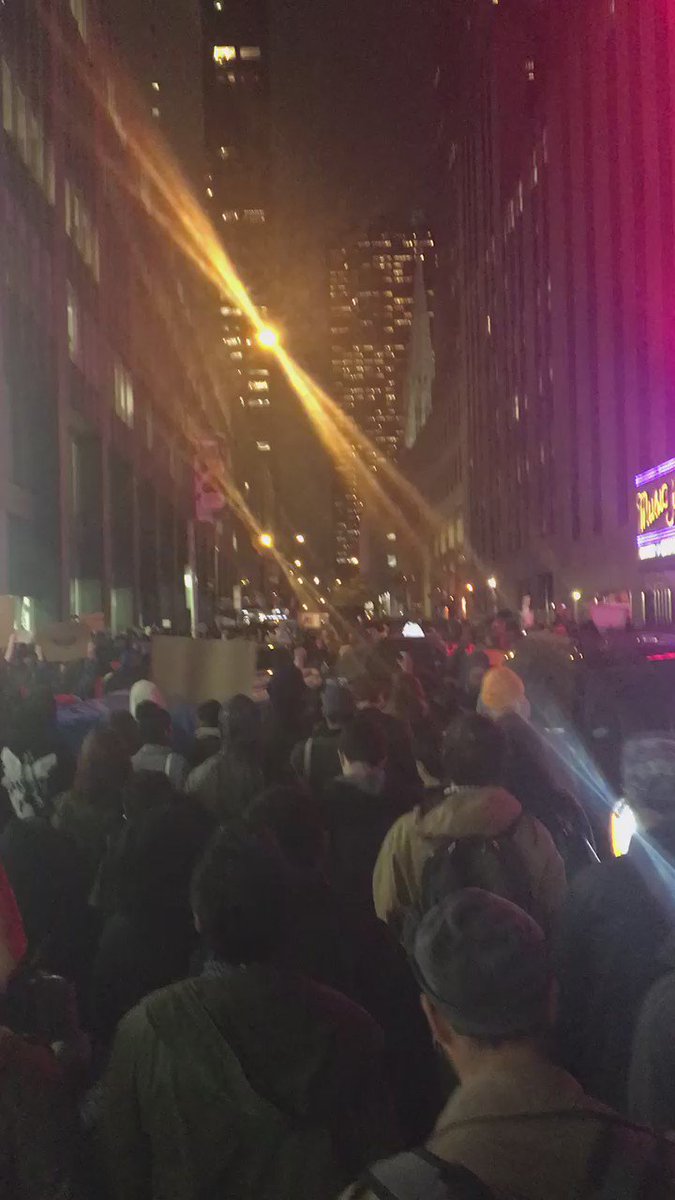 Anti-Trump protesters are almost at Trump Tower in NYC. 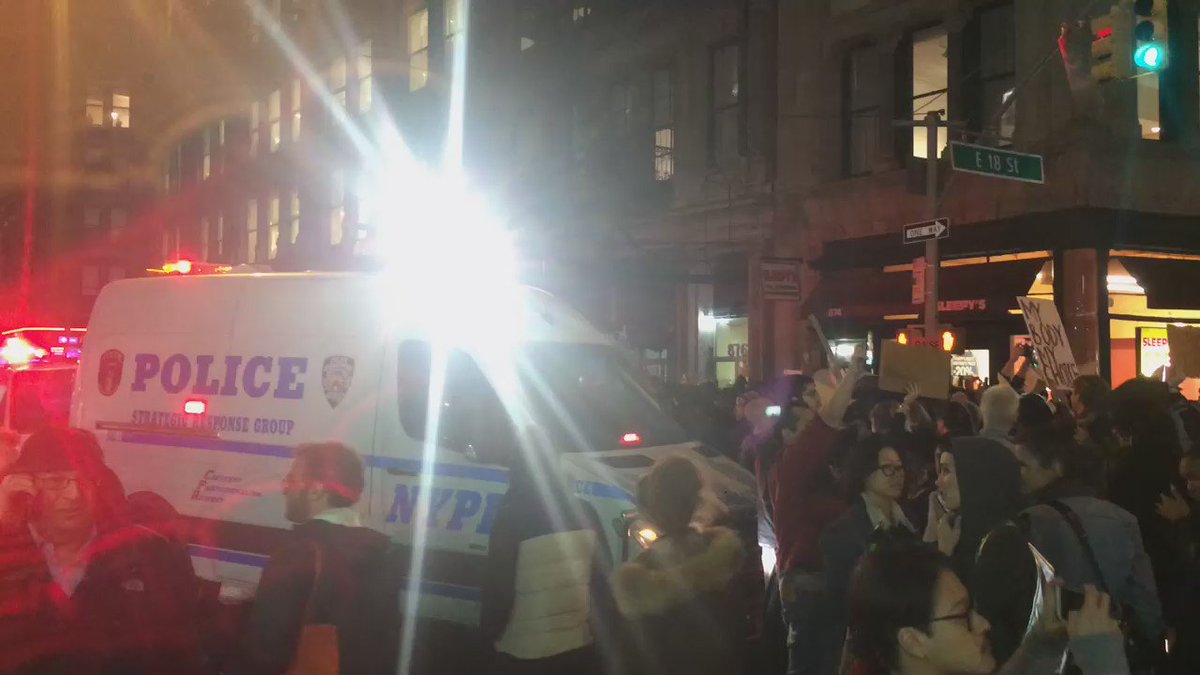 Anti-Trump protesters have set fire to the American flag in Washington, DC. 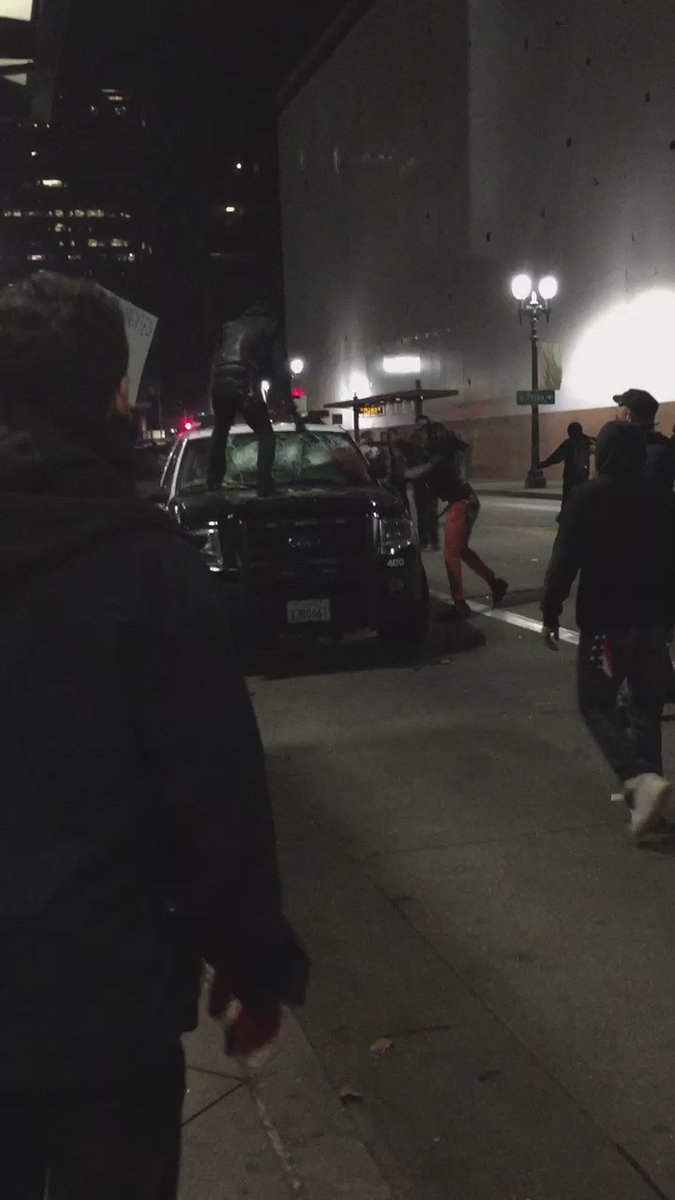 Protesters smash OPD car and light it on fire #oakprotest

Sign up to get breaking news alerts from Dennis Michael Lynch.

We have seen Soros begin destructive movements to remove those he deems unsuitable to govern in a variety of countries, most recently in Ukraine, with the Soros sponsored Maidan coup.

Now it looks like Soros may be setting his sights on sabotaging the forthcoming Trump presidency.

We are certain Trump’s victory is a bitter pill for globalist Soros to swallow. Between Putin and Trump, Soros may finally be starting to feel his power on the world stage falter.

We will see if MoveOn.org’s call to protest has legs, or if it will gradually fizzle and fade, in much the same way we can only hope Soros will eventually do.

“It’s surreal in NYC. People are walking around like zombies with thousand yard stares.”

Seemingly unwilling to accept the results of the democratic selection of the nation’s leader for the next four years, hundreds of grieving Hillary Clinton supporters – egged on by George Soros’ MoveOn.org – are laying siege to Trump Tower in New York City. Screaming “Fuck Donald Trump”, yelling “Not My President”, chanting “Pussy Grabs Back”, and burning the American flag, it appears these young millennials are just the kind of deplorables this country should be proud of…

MoveOn.org released this press release on Wednesday, calling on people to take to the streets:

Americans to Come Together in Hundreds Peaceful Gatherings of Solidarity, Resistance, and Resolve Following Election Results

Hundreds of Americans, dozens of organizations to gather peacefully outside the White House and in cities and towns nationwide to take a continued stand against misogyny, racism, Islamophobia, and xenophobia.

Tonight, thousands of Americans will come together at hundreds of peaceful gatherings in cities and towns across the nation, including outside the White House, following the results of Tuesday’s presidential election.

The gatherings – organized by MoveOn.org and allies – will affirm a continued rejection of Donald Trump’s bigotry, xenophobia, Islamophobia, and misogyny and demonstrate our resolve to fight together for the America we still believe is possible.

Within two hours of the call-to-action, MoveOn members had created more than 200 gatherings nationwide, with the number continuing to grow on Wednesday afternoon.

WHAT: Hundreds of peaceful gatherings of solidarity, resistance, and resolve nationwide

WHEN / WHERE: Find local gatherings here. Major gatherings include in New York City’s Columbus Circle and outside the White House in Washington, DC.

“This is a disaster. We fought our hearts out to avert this reality. But now it’s here,” MoveOn.org staff wrote to members on Wednesday. “The new president-elect and many of his most prominent supporters have targeted, demeaned, and threatened millions of us—and millions of our friends, family, and loved ones. Both chambers of Congress remain in Republican hands. We are entering an era of profound and unprecedented challenge, a time of danger for our communities and our country. In this moment, we have to take care of ourselves, our families, and our friends—especially those of us who are on the front lines facing hate, including Latinos, women, immigrants, refugees, Black people, Muslims, LGBT Americans, and so many others. And we need to make it clear that we will continue to stand together.”