A mother’s fury and the power of women! (against war!)

Following, a text by Jenny Friedheim which can freely be used and redistributed:

I am talking as a mother within this context, as a furious mother. One who is fed up to see children in all regions of the world dying for economic interests. We are used to hug, give love, shelter and solace, help out and heal. We take care of our children and provide them with what they need. We work hard to make them happy and protect no matter what.

Every mother has this specific patronizing gaze: they see danger for their child in advance and do everything to protect it, be it steep stairs, a hot stove, the pond or a ‘credit-shark’.

Many of us have realized that it is not enough anymore to follow a mother’s everyday duties. We see danger rising. The news and images in television, newspapers and the internet are horrible – they destroy the soul of our children. Since ignoring these events would be wrong, something has to be done to stop them.

We have the sensibility to shelter the weak and the helpless, even if we did not give birth to them. Women are as much love-spending to those in need as they are to their own children. We perceive a crying child as our own. And my heart is bleeding, it hurts terribly when I am confronted with the children suffering from bombs and shells.

Our children feel the rumour inside of us, but they cannot express these feelings. They cannot show us that they suffer as well, when they hear about children in the slaughterhouses of Palestine, Ukraine, Syria and alike. Superficially, we live in a state of political peace, but for how long? Although many children are not confronted with television and radio, they occasionally have to deal with these issues. They learn that there are children who are not protected, who are dying as collateral damage of war. Small children lack the ability to understand where this cruelty takes place geographically. They see it happening right in the living-room. They perceive their parents as either being helpless or indifferent. This indifference has to stop now.

Every mother foresees dark clouds appearing on the horizon. We hear the drums of war and we forebode danger for our children. It is time to be courageous, rise and say NO, regardless the costs for ourselves. We have to stand up for the well-being of our children. Every mother, whether she is German, Russian, American, Palestinian, Syrian, French, Israeli or Afghani – loves their children and does not want to see them suffering in a war.

So what are those men doing to us, who are hatching for war again?

Why are they not fighting their war on a battlefield? Army against army? Why do they have to hide in cities, behind walls where normal people, children, women and grandparents live? It is cowardice to drag those into war who do not want to be involved. I define this as ‘war of ambush’ – insidious not towards the enemy but towards civilians.

Additionally, the mendacity in politics and the media is getting worse daily. How shameless they are, telling us that the shelling of the biggest hospital in Gaza is a humanitarian act? Do they really believe that the Hamas-rebels wait until they are shelled, if they were in the hospital in the first place? Either the commanders are incompetent or they are lying to us – in both cases they need to be replaced. This war is about the destruction of infrastructure. They do not care about those who are injured, women and children. How cruel and savage are these commanders?

How long do we want to wait, mothers of this world, and see more and more children die of commands by old war-fetishist, who give the order to shell schools and civil buildings while they hide behind their desks? How long do you soldiers want to continue to murder children? How long do their mothers continue to let this happen?

Women! Mothers! You will not be happy with your husbands returning home from the battlefield. Their souls are sick and they have become savages. Who wants to be married to a man like this, a man who has killed women and children? One that does not know if he has become sick by uranium ammunition, which will have a negative impact on their new-borns? Who really believes to be happily married with such a wreck?

This is why I send out an SOS to all mothers and all the women who are becoming one in the future: UNITE and STOP this misery. Together we can change the world. The ancient story ‘Lysistrata’ shows us how we can have an impact on men: women refused to have sex with their husbands because they were fed up with war and wanted to put an end to it. “Love or war” is what they said – and in the end, the warriors surrendered. In Kenia 2009, women went on strike on order to bring their spouses back to rational thinking. Women on ‘strike’ ended the civil war in Liberia in 2003, while similar cases in Columbia and Belgium showed the successful use of women’s power.

If it is necessary, we can do it again. Men are mostly soldiers, while women are mothers. Are you, soldiers, aware of the fact that you have to look your wife and daughters in the eyes after you have killed innocent women and children elsewhere? Are you sure that you can do that? Are you man enough to tell your family what you have done?

I warn you, war-fetishists, commanders and media reporters – do not push us women too far. You will lose this fight. You will have to face not only your angry wife but angry mothers, angry mothers-in-law, angry daughters and angry daughters-in-law. We will know what you have done since we inform ourselves independently. Your actions on the battlefield are video-recorded and uploaded on the internet. We will call you to account for what you have done. We will show no mercy because this is about our children.

Therefore, I call all women, mothers and daughters and especially spouses of soldiers, commanders, journalists and politicians: Question what your husbands are doing. Protect your children: cross your legs, become active and participate at peace-protests nearby. Let us unite and show them how powerful we are. Stand up and say NO. This is the least we can do for our children’s well-being. We do not have to kill if we smartly use our female power to protect our children from violence and war.

Soldiers and war-fetishists in politics and media, be aware of the fact that you are murderers. You have blood on your hands and we find out about it. We will not forgive the murder of our children.

Since men fail to protect their children, we have to take care of it. Physical love is something beautiful, but we are willing to relinquish if necessary. This is a small price with regard to the benefit of saving our children. Share these words, mothers and women: do not endure war in your family. Say NO to your spouses who support war and violence. Use all means that you have to stop them from killing innocent children. 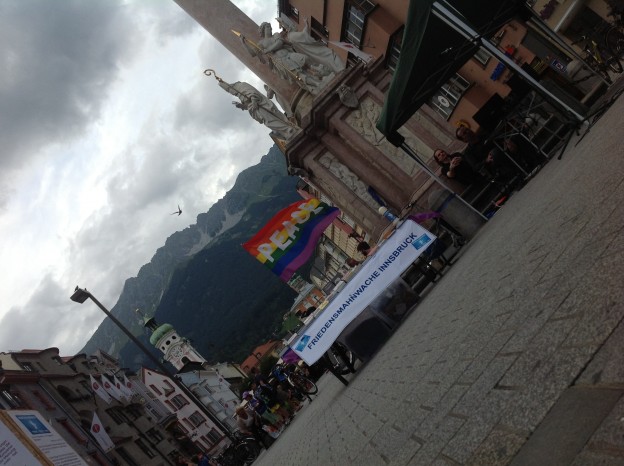 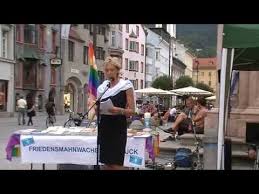